The response to the 2016 Pastor's Training Conference was rousing. Eighty pastors from across Central America attended with eager anticipation. Every pastor who attended received a box loaded with resource materials, including a beautiful leather-bound study Bible, Wilmington's, Strong's, Naves, Vines, various study books, commentaries, and numerous other helpful titles from Striving Together Publications and Work of Faith Publications. For some of the men, this was the first study Bible they had ever owned.


The need to equip these national Pastor's to reach their towns and countries was once again driven home. They left the conference refreshed with a renewed vision and purpose and a commitment to return in 2017!


Along with the returning teaching team- Pastor Smith, Associate Pastor Dan Kirchner, Assistant Pastor Brandon Lane, and Tom Tilton- and the missionaries already laboring in Honduras, this trip included an outreach team as well. The team included several of our Spanish speaking families, several of our talented young people with their musical instruments, and experienced teachers.


Mrs. Jackson, who had developed an amazing rapport with school officials in the area, arranged for our teams to visit numerous public schools, where they sang, taught lessons, and distributed tracts and New Testaments to the students. 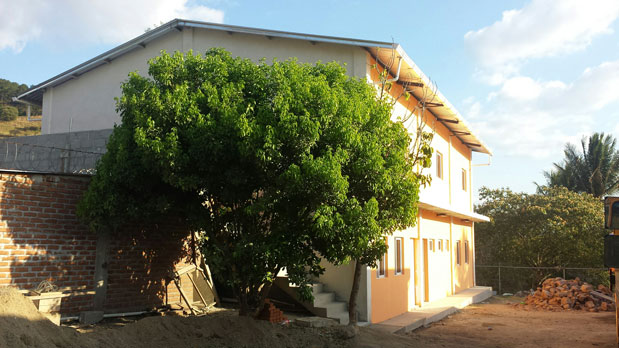 The Pastors' Conference ran from Monday, July 17, through Wednesday evening, July 19. On Wednesday evening, pastors were given tracts, New Testaments, and other materials to take with them and distribute in their local areas. Three separate news stations, broadcasting across Central America, covered the conference.


On Thursday, July 20, our team headed to Paradise, Honduras to participate in a tract distribution day. Thousands of tracts and New Testaments were handed out in anticipation a new church starting that Sunday in Paradise!


Prior to returning home on Friday, a meeting was held to discuss plans for 2018. The question that arose was, "What more can we do to support these pastors in their efforts to shepherd their people and reach the lost?" While study materials and resources are helpful, they are bulky and difficult to transport over rough roads and steep mountainous terrain. The proposed solution was to supply each pastor with a tablet pre-loaded with a variety of helpful applications and tools. The roughly estimated cost per tablet was between $75 and $100, and shipping and customs would add to that total. A tall order indeed! But, also an exciting opportunity to supply pastors with thousands of pages of materials at the touch of a screen.

Finally, brethren, pray for us, that the word of the Lord may have free course, and be glorified, even as it is with you:”

The team met at the church on Friday night for a team meeting where the team sorted, tagged, and loaded their luggage. They were given further instruction in a final departure meeting and equipped with tracts for distribution as they traveled. Once the team arrived at the airport, the majority of the team offloaded onto the curb as a few men gave each member his luggage. They went in, and, by God's grace, the airline provided a separate check-in for them at so all their baggage could be checked including their carry-on bags. Bro Dan gave a tract to the attendant and witnessed to him. The attendant then took them to the first class line in security so that they could get through more quickly. From there the team traveled to Houston for a short layover and then headed down to Tegucigalpa. They went through immigration and customs quickly thanks to the Lord's grace. Bro. Tate met the team, loaded them onto a bus, and took them all to a local restaurant for lunch before making the 2.5 hour journey to Danli. Later they had dinner together followed by instruction about the different churches that they would be going to the next day.


First meeting with the...

Tracts for team to...

Luggage all ready to go

Picture of the Honduran...

Arrived in Tegucigalpa at 11:30 AM, then a 2.5 hour drive to Danli; Check-in at hotel, then orientation/dinner.

Teams headed to minister in four different churches for morning services, then attended together in Danli in the evening.

The group boarded buses after breakfast; teaching team set up for conference, evangelistic team headed out for tract distribution in the city.

Conference begins! Evangelistic team headed to the city for tract distribution; teaching team began teaching at 8 AM, with a lunch and rest break at 1:00. Sessions began again at 4:00 and went until dinnertime at 7:00. Both teams headed back to the hotel after dinner.

Conference continued; evangelistic team continued their outreach in the city, and the teaching team begins teaching at 8 AM, with a lunch and rest break at 1:00. Sessions begin again at 4:00; conference concludes at dinnertime at 7:00. Both groups head back to the hotel after dinner.

The group flew home; they arrived at midnight.